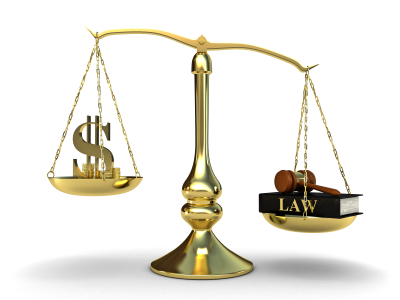 With apologies to the 7% of you out there who are still satisfied with how our Congress is working, I have to say that I have no expectations that our country’s most consequential legislative body is going to produce anything of value anytime soon. I count myself as part of the majority of Americans whose highest expectation for Congress is that it manage to avoid passing bad laws. Luckily, they seem to be following that advice on their own. Unluckily, the consequence of this is a failure to deal with a number of issues that matter a great deal to the country at large.

To address this – even if it comes at the cost of having more Congressional law made – I would like to take this opportunity to consider the excellent observation made by several political scientists and journalists that some of the blame for this inaction is due to the ban on earmarks. The decline of the use in earmarks, resulting from a series of agreements created in 2007 and 2011, corresponds to a decline in the number of laws passed, and maybe indirectly to the further decline in Congressional popularity.

Earmarks — or pork, if you are especially opposed to the practice, and want to create a good visual — served as the grease that allowed for legislators to achieve non-ideological compromises. This lack of ability to compromise is something that some drown-it-in-the-bathtub-types favor, because they would prefer that the federal government avoid doing much at all. By reducing the ways to get to agreement, the earmark ban helps achieve that purpose. It doesn’t actually reduce spending. It does increase executive power to make decisions formerly made by Congress. It does reduce transparency by taking these conversations out of the bill text and putting them into inaccessible bureaucratic records. But if one’s primary goal is to hobble Congressional agreement, well then mission achieved, I guess.

By trading their vote on a bill, legislators achieving earmarks brought material benefits to their districts. In itself, is this really such a bad thing? These are people who were elected by the specific people of a specific district. Maybe some of those people care a little less strongly about certain large ideological battles than they do about having jobs, or a nice bridge or something. Does anyone ever ask them that? They really should.

Outside of the “pork” context, this type of arrangement is sometimes viewed favorably. In game theory, the concept that someone might be open to additional material trades in exchange for cooperation is known as a “side payment.” Side payments can indeed be associated with illegal transactions like under-the-table payoffs and bribery. However, side payments can also be seen as a legitimate part of the negotiator’s toolbox, such as in cases like the negotiation of international conflict. While the side payment necessarily does not directly relate to the main issue being negotiated, it recognizes that people might have different degrees of commitment to that issue – or might have a different need that’s not currently being met, but which could be resolved in the context of the existing negotiation.

Thinking about our concern about earmarks issue in greater depth, the biggest ethical issue they raise does not lie in specifically targeting benefits to a particular district. Specific districts get targeted benefits all the time, for a variety of reasons. If a member represents a constituency that doesn’t care strongly about a particular issue up for vote, but does care strongly about getting funding a local project, seeking an earmark in exchange for a vote might actually be the more accurate representation of that constituency’s preferences.

The big ethical issue comes when earmarks are used to provide private benefits to the member of Congress.  Because earmarks are negotiated by individual members, they create a risk of corruption. Earmarks could be used to benefit representatives’ friends, family or campaign donors. Earmarks are also used as a way to secure votes for re-election, since they represent a material benefit that incumbents can claim as a direct outcome of their work. Congress passed transparency measures that clearly associate individual members with their earmark requests, and this helps to address the first issue, but it doesn’t do much for the second.

Both of these problems — unfair electoral benefits to incumbents and how to determine whether a constituency would prefer money or ideological victory — could be dealt with through a frank effort to integrate side-payments into political life. If we accepted that political outcomes are sometimes national, ideological victories and sometimes just a pile of money for a bridge, then we’d have a clearer set of conversations to have in our districts.

If we wanted to improve and democratize side-payments, as well as make them less of a personal benefit to sitting representatives, we’d develop a regular practice of polling constituencies with questions about their preferences.

90% of Americans have cell phones. Survey research is by this point a regular and highly routinized practice. More surely than at any time during the past, you can call people and just ask them to press 1 if they’d prefer to vote against healthcare reform, but press 2 if they’d rather obtain $800,000 in federal research funds.

Meanwhile, the idea that representatives should not collect opinions, and should instead substitute their own judgment, is a concept of democratic governance that becomes less supportable the cheaper and easier it becomes to collect public opinion.

Indeed, you may ask, why stop with the question of side-payments? Why not poll each district’s constituency for every vote?

I personally think that’s a very exciting possibility. Even if representatives refused to do this themselves, they couldn’t easily ignore well-designed and frequent surveys of their district. Democratic accountability through the hammer of frequent, granular constituent feedback.